Nice Mountains For Trekking In Surabaya 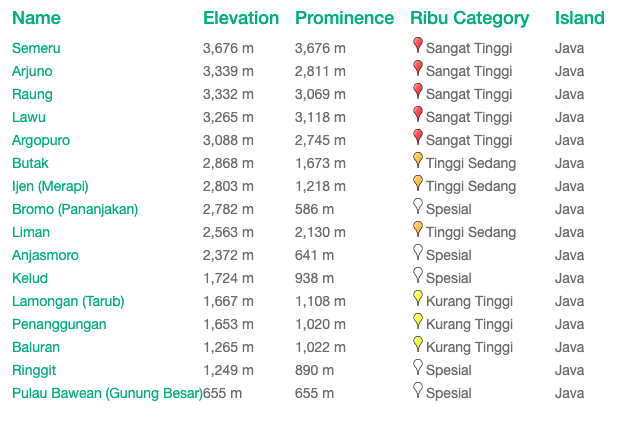 One of the key reasons to come to Surabaya is to check out an authentic slice of city life in Indonesia away from the major tourist hubs and by eating your way around the city known for a clutch of signature dishes.
Although not as popular as Jakarta and other cities in Indonesia, Surabaya is a perfect gateway city to discover the wonders of the Southeast Asian country. A great jump-off point for your great Indonesian adventure. So, before booking your Airbnb vacation rentals in Surabaya, Indonesia, here are 5 things you can strike off your bucket list by visiting Indonesia. 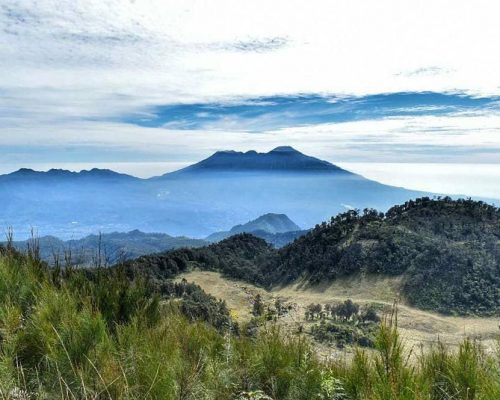 Gunung Butak is the highest mountain of a large range west of Malang, East Java. As it is under 3,000m in elevation, it is less popular than other, higher peaks in the region (many of which can be seen from the top). There is a delightful grassy meadow near the summit called Cemoro Kandang which is perfect for camping and the views at the top are spectacular.

There are three main starting points for this Ribu and the most popular and easily reached is Tuyomerto village near Batu, Malang. Up until 2015 or so, the mountain was known only to hiking enthusiasts and a few local villagers – indeed, most locals had never heard of Butak and it was necessary to say ‘alun-alun’ or ‘savanna’ (alternative names for Cemoro Kandang) or ‘Gunung Kawi’ (a lower peak in the range but also the name of the range as a whole until recently).

As of 2017 things have changed dramatically with a considerable increase in the number of people climbing this mountain and the smaller Gunung Panderman which is part of the same range but much lower at just 2,045m. The trail up Butak is no longer overgrown, and there are signs for both Panderman and Gunung Butak (spelt ‘Bhutak’ on the signs here for some unknown reason). From Batu, take an ojek to Kampung Tuyomerto (1,305m), which takes about 15 minutes, and follow the road as far up as you can go. 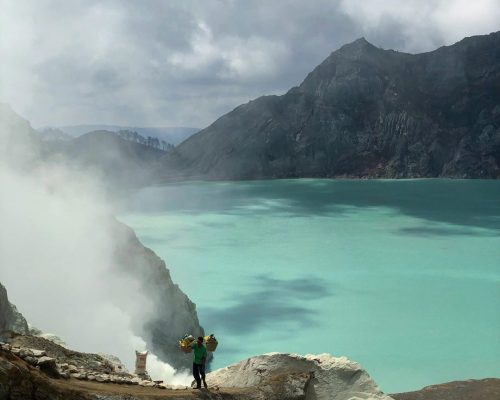 If you know anything about Mount Kawah Ijen, it’s probably its mystical blue flames! The Ijen volcano is a complex that consists of a group of stratovolcanoes, with the highest point of it being Gunung Merapi. As it is an active volcano, it is recommended to take a handkerchief with you to cover your nose and mouth from the sulfuric gases. Otherwise, if you go using a tour, gas masks are given out to help you battle the putrid smell. When you reach the crater, you’ll be glad that you did! Neon blue flames from the extreme sulfuric acidity illuminate the crater. As soon as the sun rises, you can feast your eyes on an incredible turquoise crater lake. Along the way, you will see sulfur miners who work during the wee hours of dawn carrying large blocks of sulfur. The legendary blue flames are white in the day so it is definitely worth braving the hike in the dark!

Although this isn’t the toughest trek to do, still watch your footing as there is usually a long line of people all using one pathway to get down. Alongside with this, you also have sulfur miners who are making their way up the mountain. As a sign of courtesy, always give them right of way! They have one of the toughest jobs we have ever seen as they carry a back-breaking load of sulfur up and down the mountain at least 3-4 times a day. 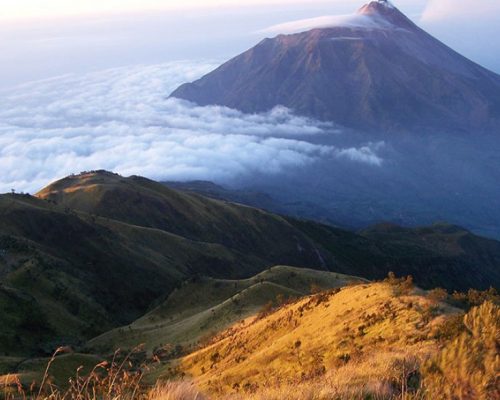 Mount Lawu is an amateur-friendly, 2D1N hike up a mountain that is geologically and spiritually fascinating. The two most popular trails link up to make a popular loop, with regular shelters to camp at along the way. The trailheads start at 1900m along a road on the southern flank of the mountain, and the 15 km loop has a 1,365m vertical climb to the 3,325m summit.

It is considered the 6th of the “7 Summits of Java”, which makes it a sought after peak for local peakbaggers, but is otherwise not particularly popular for foreign climbers.

The road that gets you to the trailheads – which passes between Lawu and the neighbouring Al A’raf Peak to the South – is popular with locals. As an escape from the heat, with nice views and green areas, a cottage industry of strawberry farms and coffee shops has sprung up for day trippers from nearby towns. 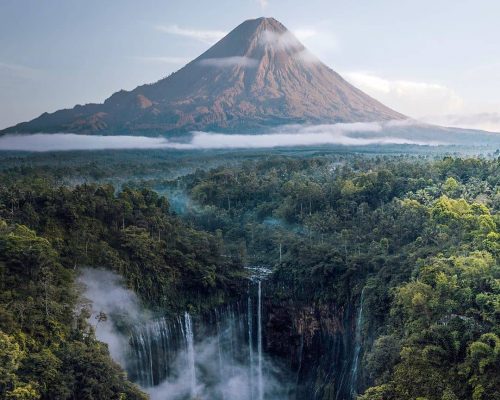 Mount Semeru is named after Meru, the abode of gods. Semeru, means the central world-mountain. It is also known by its famous name: Mahameru, meaning The Great Mountain. There are 2 others mountains in the world with the same name. One is Mt. Meru in Tanzania, also a stratovolcano, 4,565 meters ASL, located 70 km west of Mt. Kilimanjaro. Another gorgeous beast named Meru, is a mountain in the Garhwal Himalayas mountain range on the Indian side. Elevation 6,660 meters ASL. Globally, Meru means the center of the universe, a sacred golden mountain.

The Bromo Tengger Semeru National Park (Taman Nasional Bromo Tengger Semeru) oversees all hiking activities around Mt. Semeru. It has implemented strict rules and regulations applicable to every hiker. This includes a daily quota of a maximum of 300 hikers and the need to be registered online in advance. The quota does fill up fairly quickly on holidays and weekends. Furthermore, every hiker, must present a health certificate from a clinic/doctor during registration to prove they have the adequate level of fitness. This is a challenging hike that shouldn’t be taken lightly. Any hiking group must be accompanied by a local guide and porter for safety reasons. 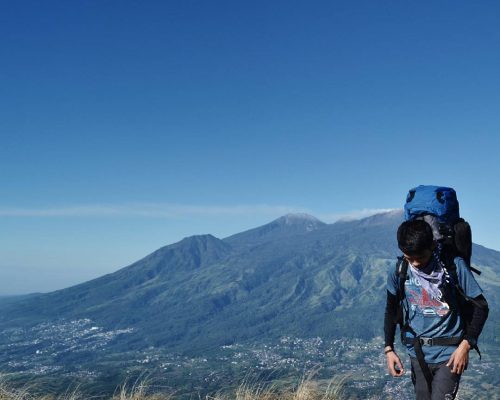 Penanggungan Mountain is a small stratovolcano, located immediately on the north side of Arjuno-Welirang volcanic complex in East Java, Indonesia. Several Hindu-Buddhist sanctuaries, sacred places and monuments are located on the mountain dating from AD 977–1511.

An ancient Javanese text, the Tantu Panggelaran records how in times long past, the holy Mt. Mahameru was transported from India to Java, in order to hold the island in place. During the journey, however, the mountain began to break apart, pieces of it falling to earth to form a chain of volcanic peaks. The base became Mt Semeru, Java’s highest mountain, while the summit, Mt. Pawitra / Mt. Penanggungan, came to rest on the plains to the south of Surabaya.

Rising just 1,653 metres above sea level, Penanggungan is not a high mountain. It is, in fact, dwarfed by the 3,000 metre peaks of the Arjuna/Welirang range which lies not far to the south. Yet, this mountain’s unique shape, as well as its isolation on East Java’s northern plain, makes Penanggungan especially prominent. It has a central, almost perfectly rounded summit, below which lie four minor peaks, more or less symmetrically located in the cardinal directions. Little wonder, then, that the ancient Javanese saw in the form of Mt Penanggungan a reflection of the sacred Mahameru of Hindu mythology. 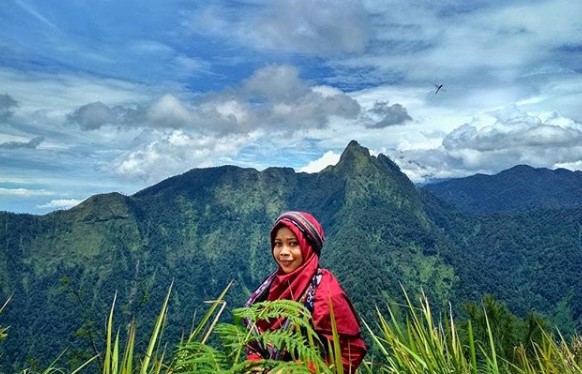 Anjasmoro has no craters but there are hot springs to be found on its slopes including at Pacet to the north-east and at Cangar to the east at the col with Arjuno-Welirang. One of its major tops and by far its most unique-looking, Boklorobubuh, is often remarked upon by hikers on nearby mountains staring over at this unusual summit. Indeed, it can be seen clearly from Gunung Butak, Penanggungan and Arjuno-Welirang and has a very different profile depending on the angle from which you see it.

There are three main trailheads on very different sides of the range – Wonosalam on the north-western side, Rejosari on the northern side, and Cangar on the eastern side – but a traverse from one to another is either not possible at all due to steepness of terrain and lack of connecting trails, or because it would require a week or more to complete as part of a serious expedition across numerous different ridges.

In addition to the three main trails that are known to hiking communities, there are numerous other minor trails scattered across the range, most of which see very few hikers, or are just typically used by farmers or hunters occasionally, and many of these routes are heavily overgrown and therefore incredibly time-consuming to use. Across the vast mountainous area, there are also many sections of very steep terrain and some cliffs that are really only for expert rock climbers.

Ready for your next trip with us?