What You Must Visit in Yogyakarta 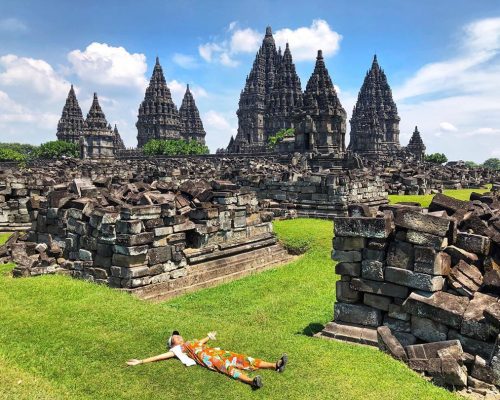 There’s no such thing as ‘the real Indonesia’. as there are many ‘real’ versions of Indonesia. The forests of Sumatra, the volcanoes of Java, hiking the Ijen Crater, the villages of Bali and the stunning beaches of Raja Ampat are all facets of this huge and diverse country, home to over 800 million people and a variety of religions, traditions and cultures.

Yogyakarta is one of the most famous cities in Java and also one of the most interesting. It is known across Indonesia as the cultural capital of the country and it is also a university town that has a reputation for attracting artists and intellectuals who flock here to enjoy the arts scene and the cafe culture. The city is also notable in Indonesia as it is technically a sultanate and the royal family has been a fixture of the city since the 1700s. As a result, many of Yogyakarta’s attractions relate to the royals, but, true to its learned roots, you will also find a wealth of museums here as well as workshops and handicraft shops. 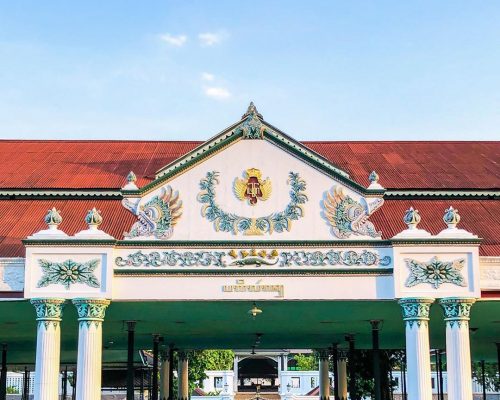 The Kraton Kasultanan Ngayogyakarta Hadiningrat is probably the most famous attraction in Yogyakarta and is simply another name for the Royal Palace.

The sultan and his family still reside here, although you can visit the Kraton Museum where you can learn more about the royal family as well as get an insight into traditional Javanese art and culture.

If possible try to time your visit so that you are in the area around 9 am, as there are cultural shows held here every day. 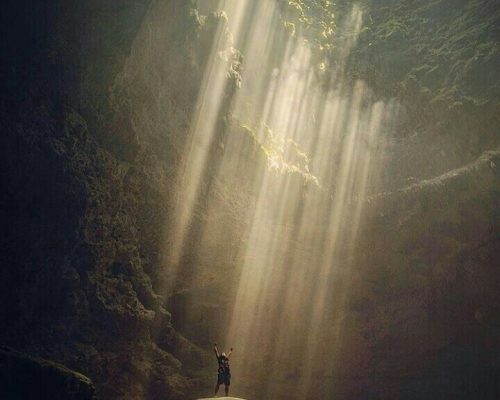 Goa Jomblang cave is one of the tourism highlights of Yogyakarta. The cave is located in Gunung Kidul, an hour to 90 minutes drive from Yogyakarta. To reach enter Goa Jomblang you are lowered 60 meters over the edge of a cliff into the sinkhole. At the bottom of the sinkhole is a hidden forest from where you enter a system of caves. The highlight of the trip is Grubug Cave. There is a hole in the roof of the cave and every morning the light filters through like a natural spotlight (if the weather permits). 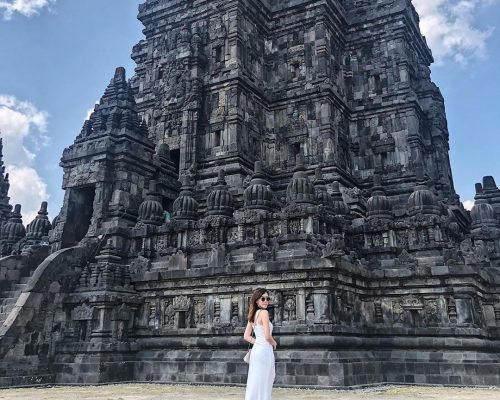 Prambanan Temple, which is a 9th century Hindu temple dedicated to Hindu deities, Brahma, Vishnu and Shiva. The Prambanan is the largest Hindu temple site in Indonesia too! Stand in awe at the majestic, towering structures which resemble mini pagodas with their pointed design.

The style and architecture of the Prambanan Temple uses typical architectural designs with Hindu influences based on Vastu Shastra, which refers to a traditional Hindu style of architecture based on “science of architecture” theories from ancient India. The temple features include mandala temple plan arrangements and high towering spires. The entire temple was built to replicate the holy  mountain, Meru, which is believed to be the home of Shiva and the temple complex, to parallel the Hindu universe according to Hindu cosmology. 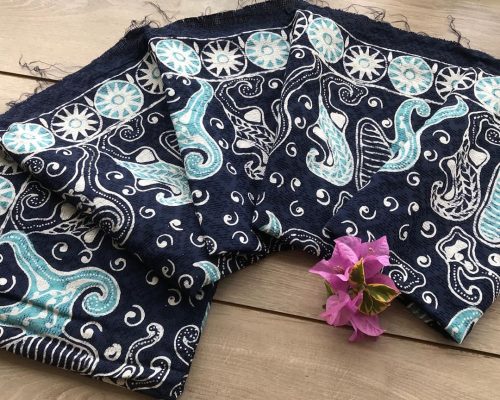 Yogyakarta is known as the arts and crafts capital of Indonesia and if you want to get hands on then the best way to do this is to sign up for a handicraft workshop.

Just some of the choices include a leather workshop where you will be taught how to fashion items like a purse from leather, or you can learn Indonesia’s most famous textile technique called ‘batik’. This involves making a pattern on fabric with wax before dying the fabric a range of colors, and you can also buy colorful batik pieces all over the city.

The best place to sign up for a batik course is in the neighborhood that surrounds the Kraton or Royal Palace.

Or you could choose to visit Kota Gede – a former town now surrounded by the city that makes for a great afternoon stroll. It’s the ideal place to discover the arts and crafts scene that Yogyakarta is famous for. It feels like a village inside the city, with narrow backstreets leading into courtyards and artist’s workshops, and bicycles and rickshaws replacing motorbikes and cars. 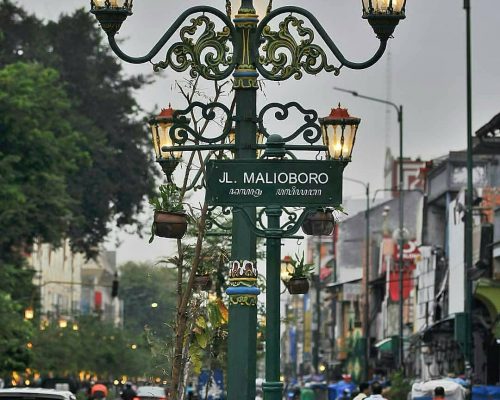 Jalan Malioboro is the most famous street in Yogyakarta and as such you can’t miss a trip here when you visit the city.

The street is also usually visited at the same time as the Beringharjo Market, and all along Jalan Malioboro you will find items for sale such as clothes, batik fabrics, jewelry, sandals, and traditional Javanese arts and crafts.

If you want to explore the market then you will need to come here between 9 am and 5 pm, but if you just want to enjoy the most famous artery in the city and its sights and sounds, then try to come after dark when the street really comes alive.

If you are feeling hungry then you can also buy a range of delicious street food along the way. 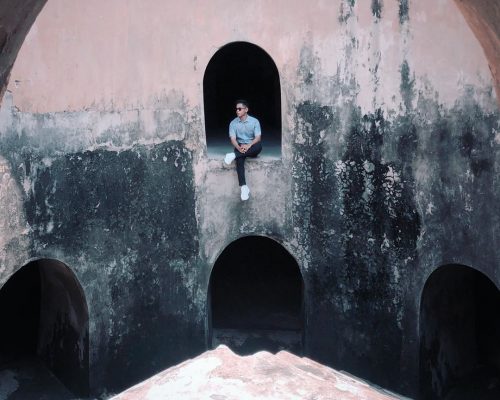 This once-splendid pleasure park of palaces, pools and waterways, built between 1758 and 1765, functioned as the playground of the sultan and his entourage. It’s said that the sultan had the Portuguese architect of this elaborate retreat executed, to keep his hidden pleasure rooms secret. Today the complex is in ruins, damaged by Diponegoro’s Java War and an earthquake in 1865, but enough has been restored to recapture its former glory.

Surrounding Taman Sari is a fascinating residential district of traditional Javanese houses, each of which seems to be vying for the most gorgeous bloom or vine, or for the most vocal songbird. The area is home to a community of around 2000 residents, some of whom have set up shop in their front room, selling crafts or offering coffee and snacks.

In the middle of this district, via a labyrinth of small lanes, there’s a unique underground mosque with a central open-to-the-sky atrium accessed via an Escher-esque stairway. It’s become a popular place for a selfie, and watching locals queue for the privilege of posing on the central stair is part of the experience. 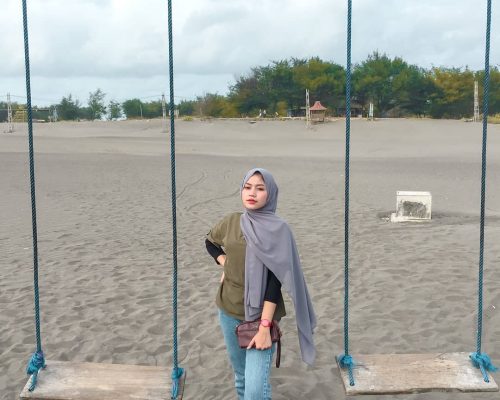 Mention sand dunes and one would probably think of golden sandy stacks in the African Sahara or perhaps the Gobi Desert in Mongolia. But did you know that you can have just as much fun at the sand dunes called Gumuk Pasir right here in Yogyakarta? Yes, you read that right! Get your sandboards ready as you slide down the giant mounds of sand!

Don’t worry if it’s your first time because there’ll be someone to guide you. The key to a smooth ride down is to apply some wax to the surface of your board before you go! There are also different ‘routes’ that you can sandboard down, so if you’re not confident, just take the easy one on your first few tries. We also recommend going early in the morning or later in the evening when the sand isn’t too hot. Make sure that you bring an extra shirt along as well since you will be covered in sand once you get to the bottom!

Tour Packages We Have

Here are some tour packages that cover the UNESCO site – Borobudur Temple inside the trip.

You can also visit our sites at https://tourinindonesia.com/ to view more related trips or you can contact our staff at our websites.

Ready for your next trip with us?